When Alyssa and Kaitlyn visited The Animal Foundation, they knew they wanted to add a new cat to their family. What they didn’t know was they’d fall head over heels for a disgruntled-looking orange kitten. 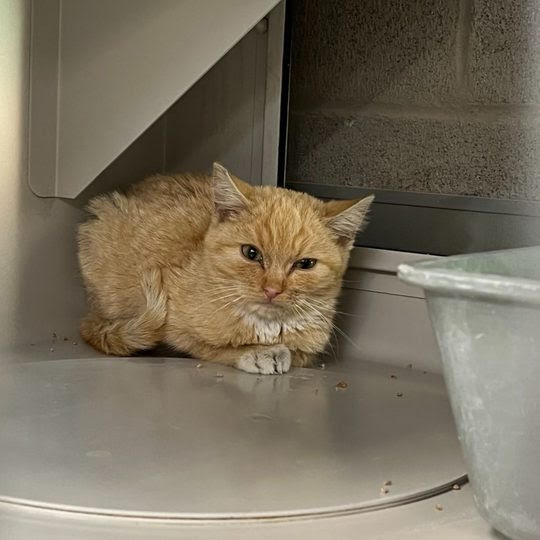 “We were looking to adopt another cat to add to the family and liked the idea of adopting from a shelter instead of other options,” Alyssa said. “We accidentally went on a fee-waived adoption day and were one of the last in line.”

Alyssa and Kaitlyn watched lots of cats get adopted, so when they did a walkthrough of the cat rooms, there weren’t many left. They were alone in a quiet cat room when they heard Odin cry out the tiniest meow. He stole their hearts.

Odin was small and scared. An adoption counselor explained that many animals, especially cats, can take time to blossom and adjust after spending time in the shelter. With a bit of patience and a whole lot of love from his new parents, Odin grew to be quite the character.

"He is a very rambunctious little man who loves playing with his toys and putting them in his food and water dishes," Alyssa says. "Once he's tuckered out, he loves to make biscuits on his favorite blanket, sleep in his cat tower, and cuddle. We know when he's in a feisty mood cause his pink little nose gets a shade darker." 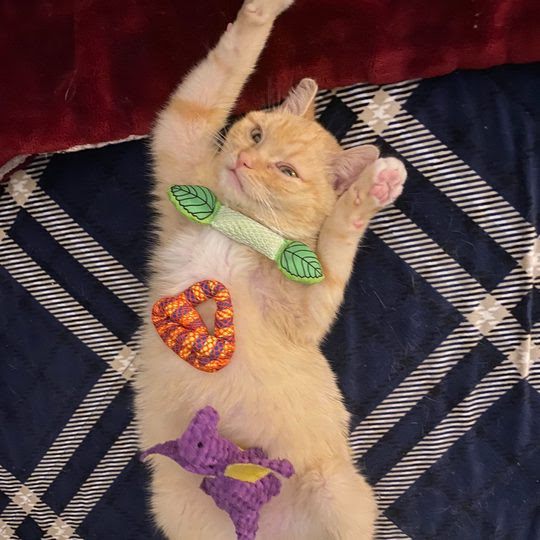 While it took Odin weeks, almost months, to come out of his shell, his new parents say it was worth the wait.

“He was a tiny adorable kitten, but no one seemed to give him a chance since he was so terrified,” Alyssa says. “The shelter can be a scary place for animals, and the stress can make them frail and anxious. A little love can go a long way with a shelter pet.”

Odin now spends his days napping on his favorite blanket with his sister Cosmo. He loves treats, his cat tree, and playing with all his toys. He just celebrated being with his new family for one year. Congratulations Odin!