What is this mysterious stigma surrounding black cats? Even in modern times, as silly as it sounds, you still hear of black cats being associated with superstitions, black magic, and pagan holidays, such as Halloween. In honor of national Black Cat Appreciation Day that falls on August 17 every year, let’s try to dispel this myth! 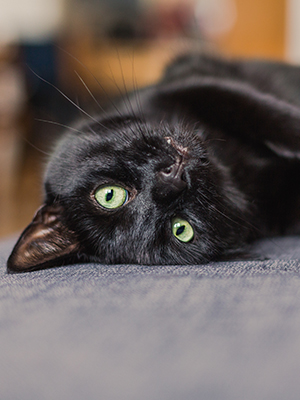 According to the Cat Fanciers' Association, there are 22 feline breeds that feature solid black as a possible coat color characteristic. The most quintessential of black cats has to be the Bombay, a breed originally developed to resemble a miniature black panther. They are known for their black coat, black nose and yellow eyes, and are characterized as intelligent, playful, and attention-seeking. You might recognize a Bombay black cat (real or animated) from popular shows and movies including The Simpsons, Star Trek, Hocus Pocus, Sabrina the Teenage Witch, and Coraline. Let us also remember one of the world’s most notable black cats — Homer the Blind Wonder Cat of the book Homer’s Odyssey.

Are Black Cats Just That?

Folklore varies from culture to culture and over time. In Medieval times in Europe, it was believed that black cats were the familiars (supernatural entities that assisted with the practice of magic) of witches or even shape-shifting witches themselves. 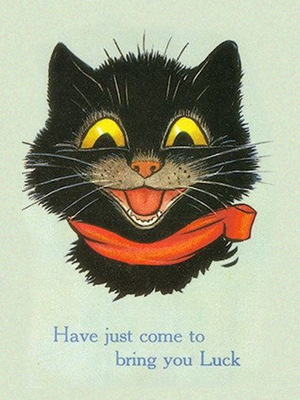 Myths aside, it is clear black cats are popular because they have the same needs for love, care, and a forever homes as other cats, along with charisma and charm. View The Animal Foundation’s black cats(and other animals) available for adoption online, or visit our one of our two adoption centers!

This post was originally written by guest blogger, Ashlee D’Andrea. It has since been updated, revised, and edited.