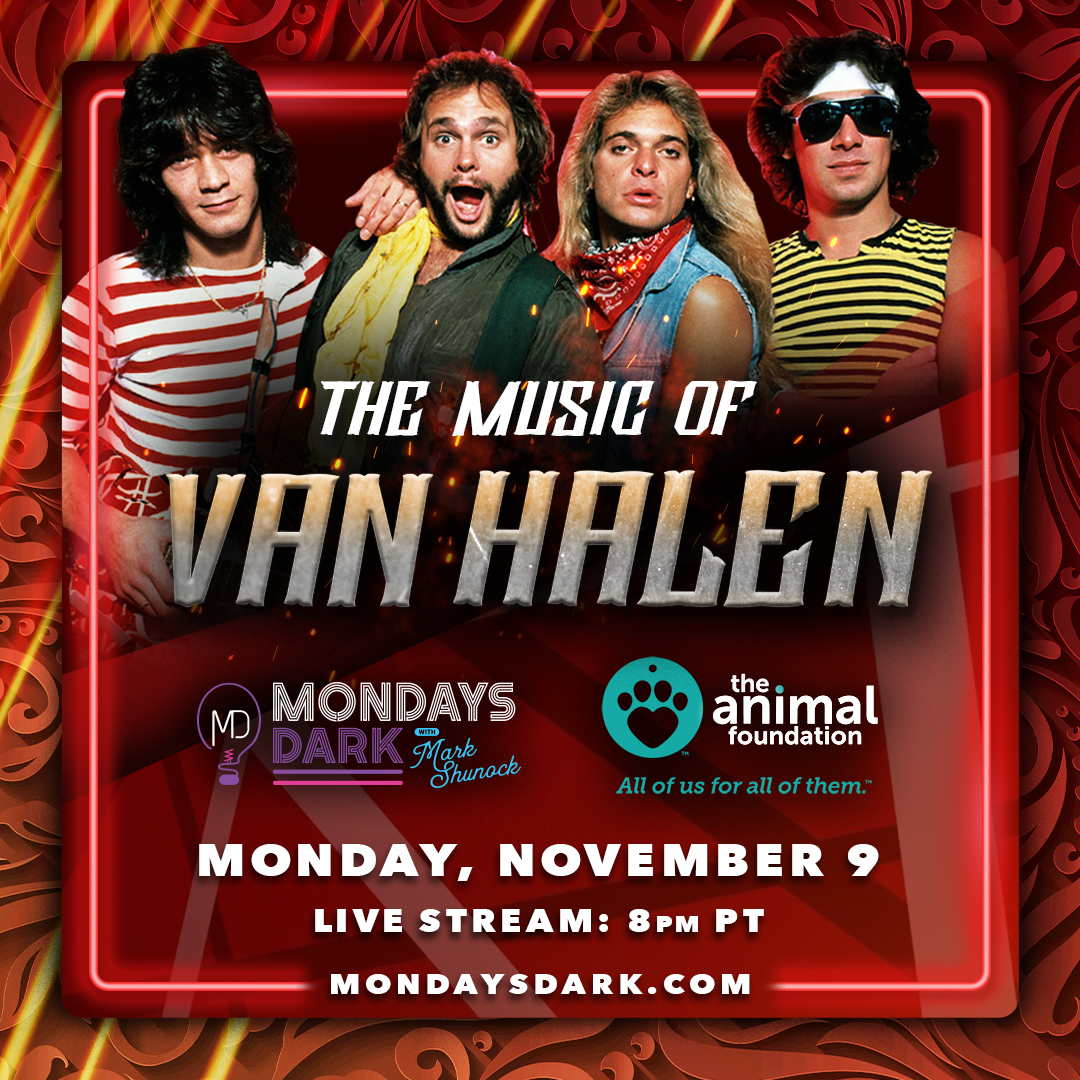 And yes, there is an AUTOGRAPHED VAN HALEN GUITAR up for bid! Visit the auction site to explore more amazing auction items including a SunBuggy adventure for four, a staycation at South Point Hotel, Casino & Spa, goodies for your furry friends, and so much more!

Text MDLV to 76278 or visit MDLV.GIVESMART.COM to start bidding and help us raise $10K in 90 minutes for The Animal Foundation's life-saving programs. Then, tune in Monday, November 9 at 8 p.m. for an amazing show featuring the music of Van Halen! 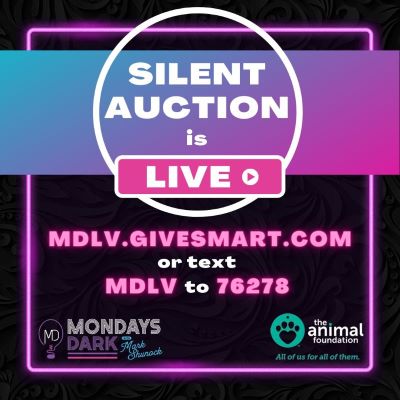 Mondays Dark is a variety show that raises $10,000 for a different local charity every other Monday. 2019 marked $1 million raised since it began in 2013. The mission of Mondays Dark is to raise $10K in 90 minutes. The $20 variety show has become one of the hottest tickets in town and the list of charities waiting to partner with Mondays Dark continues to grow. Partnering with over 100 local organizations, Mondays Dark has raised over $1,000,000 and every penny has stayed here in Las Vegas.

Mondays Dark has been named “Best of the City” by Vegas Seven and “Best of Vegas” by Las Vegas Weekly. In addition, Shunock received the 2014 Angel Award for Cultural Advocate/Entertainer of the Year and recently won Best Philanthropist from “Best of Las Vegas” as well as the Las Vegas Review Journal and the Impact Award from the Association of Fundraising Professionals Las Vegas Chapter for Mondays Dark.